Every quilt has a layer of storytelling, but for this special quilt recreated by South Australian patternmaker Lessa Siegele, the story began all the way back at the beginning of quilting in Australia.

Originally sewn by Australian pioneer Margery Harvey in the mid-1850’s, Margery’s medallion quilt has been passed down through four generations of the one Australian family and offers a rare example of early Australian quilting.

Quilting has been around for so long  with the existence of decorative quilts as early as the 15th century throughout Europe and Scandinavia, Asia and the Middle East. On the other hand, the history of quilting in Australia spans back to around the start of the 1800s with European settlement, making the original quilt by Margery one of the few early examples of Australian quilting and a touching part of Australia’s early pioneering history. 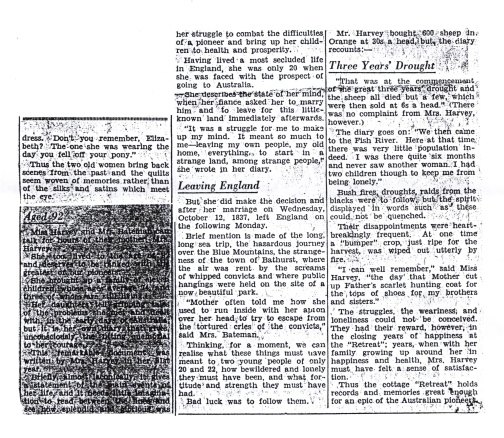 Newspaper article from The Sunday Sun and Guardian dated April 10 1938 with 2 of Margery’s daughters in their wonderful Bathurst home called “The Retreat”.

Margery’s medallion quilt speaks back through the generations to a time in Australia’s history dominated by European settlement, hard work on the land, and the hopes and dreams of a lovingly stocked glory box.

The original quilt was one of six Margery made, one for the glory boxes of each of her daughters. In true pioneering style, the original was hand sewn from salvaged fabric scraps, carefully unstitched from old garments and resewn into a lovely medallion-style quilt, with pieces of reclaimed blanket and raw wool sourced from around the sheep station, all delicately stitched together. 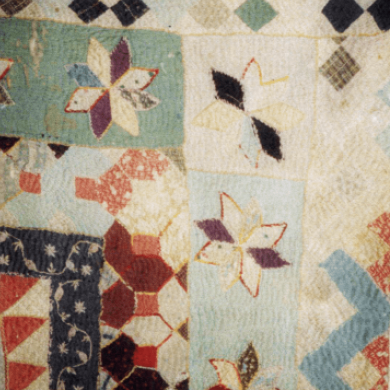 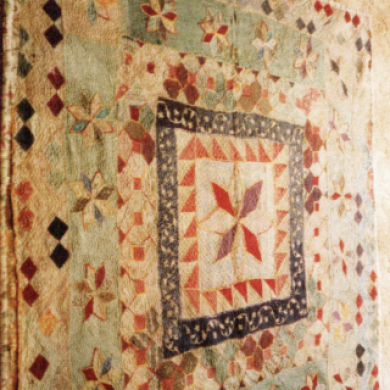 So, who was Margery Harvey?

From Cornwall in the United Kingdom, Margery and her husband Edward emigrated to Australia via the same ship as the new Governor for New South Wales, Sir George Gipps, arriving in February 1838.

The story goes that Margery was known to have embroidered Sir George’s initials into some of his handkerchiefs – using her own hair as thread!

Typical of early Australian settlers, the Harvey’s endured their share of hardships from drought to isolation. Margery and her husband eventually settled at Fish River Creek near Oberon in New South Wales, raising eleven children (six girls and five boys) on a sheep station.

The original quilt was made for their fifth child, Margaret and has since been handed down to different daughters through the generations. The quilt is now in the safe hands of Janet Smith in Toowoomba who plans to pass it on to her daughter, Wendy.

Lessa Siegele of South Australia has recreated the quilt and has the instructions available here:  Margery’s Medallion quilt on 2 Sew Textiles
or it is available here on Etsy 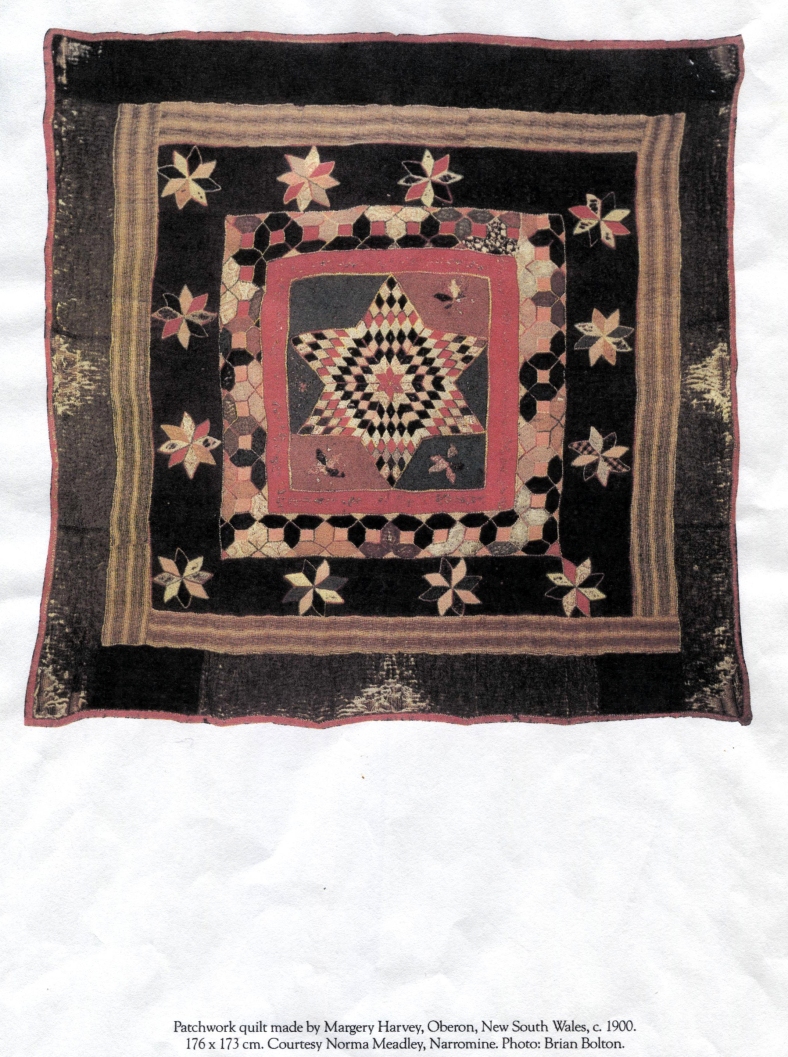 One of the historical quilts made by Margery Harvey C1900

To read more about Magery’s quilt and the reproduction by Lessa check out this post: 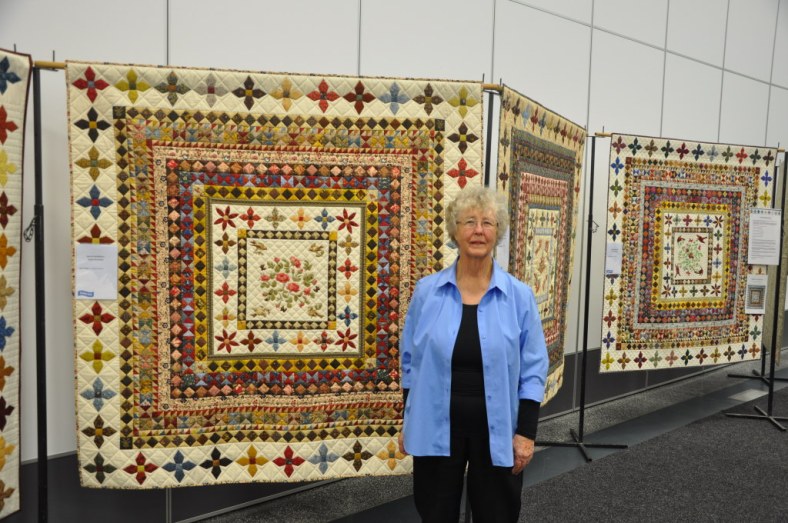 Textile Artist with a passion for colour and all things Ocean! Finding creative comfort from my surrounds and my imagination through paint, ink, fabric and stitch. My Business passion is 2 Sew Textiles - Unique Quilt Patterns and Textile Art items by leading Australian & International designers. Supporting Indie artists at www.2sewtextiles.com Creating Art and Words and opportunities...